Nagarjuna Sagar dam relates the saga of  architectural and technological triumph of mankind over nature! Just 150 kms from Hyderabad, is located the largest dam in Asia and the tallest masonary dam - Nagarjuna Sagar dam.

Truly a pride of India, it stands aloft on the Krishna river supplying water for irrigation to adjoining districts of Nalgonda, Khammam, Guntur and Prakasam. The dam is also one of the largest networks of canal systems. 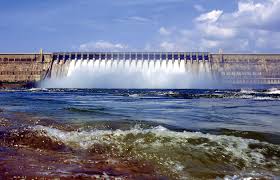 
Did you know that Nagarjuna Sagar dam is actually constructed using stone rather than concrete? These stones were supplied from Sunkesula quarries nearby while the sand came from Rayavaram stream and Halia river.

The dam is also a multipurpose irrigation project (part of Green Revolution in India) and hydro-electric project. The turbines are located towards Nalgonda (Pylon Colony) and also towards Guntur side (Vijayapuri South) of the river. The dam also provides electric power to the national grid. The lake behind the dam is the third largest man-made lake in the world!

There are some very popular tourist sites near this dam and you can give your visit a tinge of an educational tour too! Tourist places near Nagarjuna Sagar dam include: 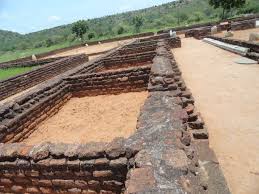 How To Reach Nagarjuna Sagar Dam

The nearest airport is Hyderabad airport which is 150 kms. from Nagarjuna Sagar dam site. If you decide to travel by bus, there are regular buses from Guntur and Hyderabad to the the dam location. Macheria Railway Station is the nearest

The dam was constructed in order to utilize excess waters of river Krishna. The proposal for such use was initially laid forward by the Nizam of Hyderabad. He engaged British engineers for this purpose in 1903. Siddeswaram, Hyderabad and Pulichintala were some of the sites chosen for construction of the reservoirs. However, Raja Vasireddy Ramagopala Krishna Maheswar Prasad (Raja of Muktyala) made a donation of his land of about 55000 acres along with 55 million British Pounds, proposed site and design for the construction of the dam.

The earlier name of Nagarjuna Sagar was Nandikonda. Nagarjuna Sagar dam is referred to as 'Green Temple' due to being a part of the Green revolution prevalent in India during that time. The dam was built under competent leadership of engineer Shri K.L. Rao. Inauguration of the dam was done by Pandit Jawaharlal Nehru on 10 December, 1955. Smt. Indira Gandhi released reservoir water into the Left and Right canals in the year 1967. The Hydro power Project was constructed  along with more such units in the later years.